After the retail price, this time the wholesale price also pushed the economy

"After the retail price, this time the wholesale price also pushed the economy". 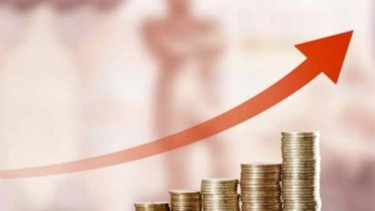 According to official figures, the rate in October stood at around 1.48%, the highest in six months. Before the lockdown, the wholesale price inflation rate was about 2.26% in February before March and around 1.32% in September.

According to economists, the rise in prices, which is seen in the report of the Reserve Bank, is becoming a major obstacle in the way of the signs that the wheel of the economy is turning.

In this scenario, the Reserve Bank of India (RBI) expects interest rates to fall as a result of rising wholesale prices after retail. In addition, the prices of food items have gone up earlier, especially the price of potatoes, which has led to a rise in retail prices to around 7.61%.

And it was far above the concept of the Reserve Bank. In the retail as well as wholesale sector, the prices of various cereals and potatoes have gone up by about 25.23% and 106.6% respectively.

However, most food prices fell by a few percentage points between September and October. And during this time the prices of various products have risen at an exorbitant rate which has dragged down the price rise rapidly.

Economists have noted that prices of food and electricity, other than fuels, have risen sharply since last August. As a result, the rate stood at about 1.8% in October. The next few months are likely to be similar.

According to them, this growth rate indicates that the wheel of the economy is turning again, but it is not an important factor in setting interest rates. Now, as a result of this situation, the Reserve Bank has announced that the interest rate on loans will remain the same in December as a result of the rise in food prices.

The chief economist at India Ratings and Research said the economy was showing signs of recovery, but demand could pick up during the festive season in October, so there was nothing to worry about right now.

It remains to be seen whether there will be a steady increase in the coming months, and if it does, it will be clear that the economy is really recovering.

retail-market wholesale-market price economy money writing india
12 days ago by anima0167
W$0.41
1 vote
Reply 0
Authors get paid when people like you upvote their post.If you enjoyed what you read here, create your account today and start earning FREE WEKU!